7 Things To Know Before Moving To Munich 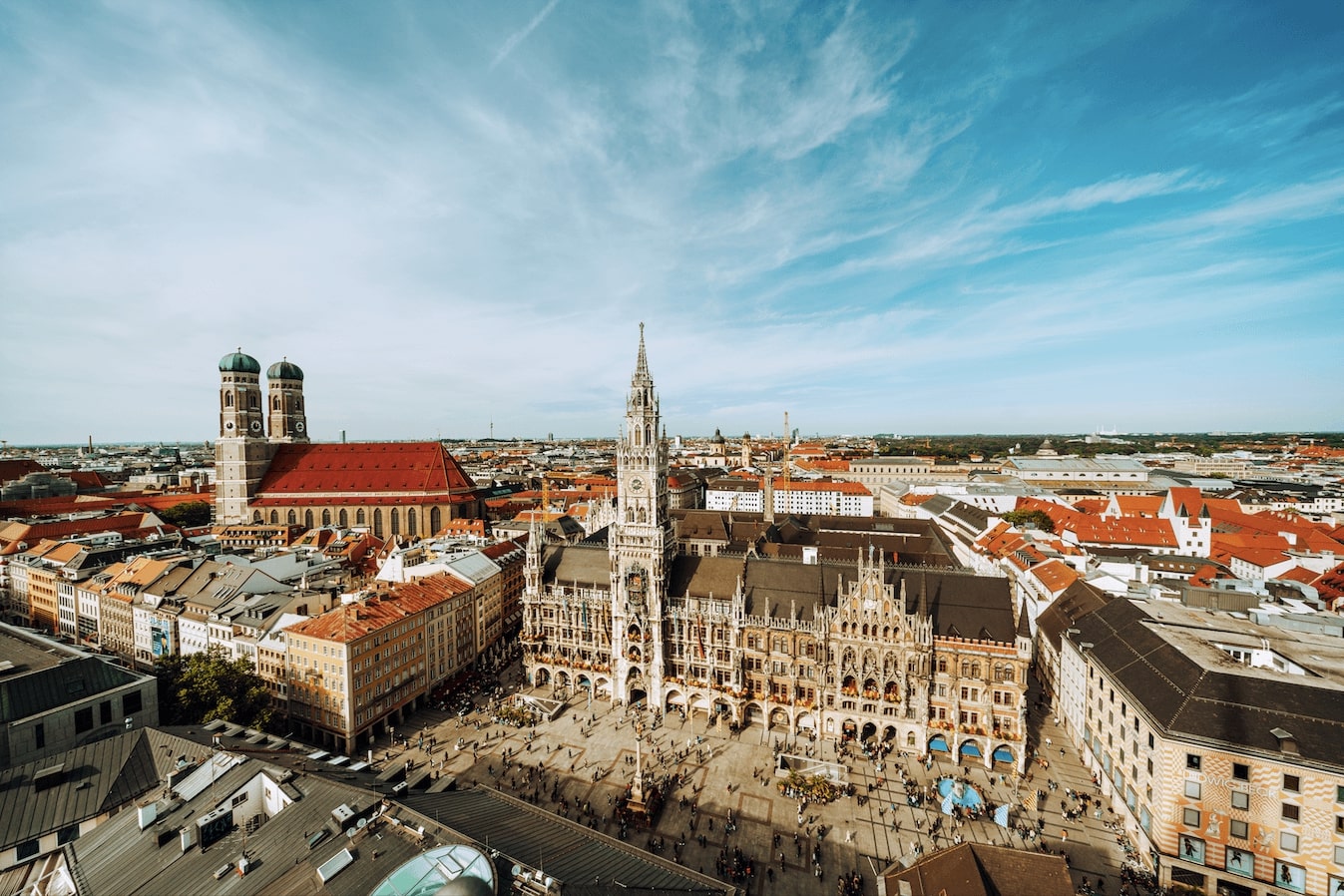 Germany’s third-largest city, Munich is a popular job destination for expats seeking a better life and new career opportunities abroad, and we can definitely see why: the city has one of the largest conglomerates of IT companies and foreign communities in the world which comprises multiple nationalities and constantly grows. If you’re tempted to move to Munich as well, this article is for you. It outlines important things, as well as essential requirements, that should be taken into account before relocating to Munich.

To move to Munich, you may need to apply for a visa. In general, obtaining a visa depends on a few factors: the length of your stay, your nationality, and the reason why you’re moving to Germany. If you intend to live and work in Munich, you’ll need to apply for a long-term visa. This visa will allow you to enter the country as well as travel around it and settle down for work.

As mentioned, the visa application process may differ depending on the country you’re hailing from. For instance, EEA nationals do not need a visa at all. Once they’ve found accommodation and paid a visit to the registry office, they’re allowed to relocate. For Swiss nationals, it’ll be enough to get the residence permit, while nationals from other countries will likely need to arrange an appointment for an interview at German Embassy or Consulate, in addition to obtaining their visa and work permit(s).

If you are an EU, EEA or Swiss citizen, you are entitled to live and work in Germany without a permit.

If you are a highly-skilled non-EU/EEA citizen, you can apply for a Blue Card. To qualify for Germany’s Blue Card, you must hold a university degree and have a binding job offer. You must also meet the minimum salary requirement:

Munich is the heart of economical life in Germany and many large companies are headquartered here, including such giants as Flixbus, Celonis, BMW, Audi, and others. What this means for software engineers planning on working here is that they can expect to get higher waves than in any other city of Germany and that the choice of IT companies to work for will be broader too (though not many startups). Striving to cement their reputation as a leader not only in traditional engineering but also in the software development industry, Munich’s IT companies offer some of the best working conditions for their employees. So, working here is definitely going to be an exciting experience. When it comes to programming languages that are in most demand in Munich, the three most popular include Java, Python and PHP, with one-third of companies using PHP in the tech stack, another one-third using Java, and 14% using Python. Speaking of the most popular front-end frameworks, most companies tend to list Angular, React, Ember and Backbone.

No matter whether you decide to settle down right in the center of Munich or choose to live in its suburbs, you won’t be limited in choice since the property market thrives here. What you might find challenging though is to find an apartment that will not cost you an arm and a leg and will be located in a nice neighborhood in the vicinity of a bus stop, underground station, doctor’s offices, shopping malls, etc. If you can afford the rental prices and you’d like to live in an area with a well-developed infrastructure, neighborhoods like the Haidhausen, Isarvorstadt, Glockenbach, Gärtnerplatz, Au, Ackermannbogen, or Messestadt Riem might be just the place for you. And if you look for a more affordable option, you might want to move to middle-class areas such as Thalkirchen, Pasing, and Forstenried. Though located at some distance from the city center, these areas are very popular with international hires and have some nice sights to see.

Munich has a well-connected location and a well-developed network. Here public transportation includes buses, trams, suburban trains as well as underground lines, and all transportation runs from early morning till late evening. Plus, there are a few trams and bus lines that provide all-night transportation services. Naturally, you can also rely on a taxi if your journey involves driving outside of the city and or your route is not covered by the abovementioned lines.

At some stage, you might need to open a bank account, and this might pose quite a challenge. There aren’t many members of staff at banks that can speak and understand English, meaning you’ll need to know at least a smattering of German, plus, banks will require proof of your German address, so you’ll need to take care of it. In addition, some local banks have a minimum monthly deposit limit, amounting to around €1,000, which might be too much for some families. That said, there are non-resident banks in Munich as well, so, though challenging, finding the right bank and setting up an account in Germany is possible. As far as taxes go, the rates here are pretty much standard and go from as little as 14% to 42% depending on the annual income. This might seem expensive compared to the Netherlands with its 30% ruling, but for most West-European countries it’s common.

If you’re moving together with your child, you might want to know that there’s no German education system in the country. This is explained by the fact that Germany is a federal country and its 16 states have some level of autonomy in certain areas of life. Education is one of such areas. Therefore, be prepared that the school system may differ greatly between states. Monthly fees will also vary depending on whether you choose a local or a private school, or even a bilingual one organized for English-speaking, Spanish, French and Italian children. In general, these fees may range from around €100 up to €1,000 per month, which may make moving to Munich quite expensive. Another culprit is that in most schools the language in the classroom is German – this might make the process of adaptation for your child rather complicated, especially if you don’t plan on staying there for a long time. On the positive side, education in public schools is free of charge, and most students that study there achieve pretty good results, making it one of the most suitable options for expatriates planning to settle in Munich for a long time or permanently.

Andrew Stetsenko Tech Talents Relocation
2020-03-18
Previous article
8 Tech Companies in Berlin to Get Hired as a Foreigner
Next article
How is the COVID-19 pandemic affecting international tech hiring?