How To Snag A Dev Job In The Netherlands: Advice From A Russian Developer

Wondering how to land your dream job in the Netherlands as a Front-end Developer? We talked to Anton, one of our amazing candidates from Russia, about his relocation story and asked for his advice to anyone who wants to move their career abroad.

Time in the industry: 7-10 years. (I actually stopped counting.)

Favorite tech stack: Ruby on Rails or Elixir and JavaScript.

What made you decide to look for IT jobs in the Netherlands and move there?

I wanted to find new places and people; and when I look back on it, I think, it was totally worth it.

Tell us a little about the selection process for the position of Front-end Developer at eVision. What should people expect?

The selection process includes a couple of Skype interviews, one technical task, an on-site interview, and an onboarding task. As for expectations, even when you barely speak English (like me :)) you have a good chance of being chosen. The key is that you’re good at what you do.

What was the role of RelocateMe during the process?

Honestly, the people at RelocateMe probably played the most important role. As an IT recruiting agency, you helped me find that job and consulted me via Skype; patiently answering my numerous questions from the beginning until the end, throughout the entire process.

What was the visa process like? What type of visa did you apply for?

The visa process meant a lot of paperwork for me. I believe most of it was for eVision. In the beginning, it was an MVV visa, but when I moved to the Netherlands, I received a residence permit quickly and without any effort.

How long did it take for you to actually move after accepting the job offer?

From the time I accepted the job offer, it took 3-4 months. For me, job relocation was a long journey.

What has been the most helpful thing in adapting to your new home abroad?

It has been the people. People are really friendly and helpful here, especially for the newcomers. eVision has a special onboarding process, whereas you spend the whole day with one of the team members.

Share a few words about your new team. Are you the only foreigner?

At eVision, there are a lot of foreigners from different countries. In my team, for instance, the number of people from Post-Soviet Union countries is the highest.

What are the 3 things that impressed you the most about the Netherlands and the Hague in particular?

The bicycle culture. Bicycles are everywhere and everything here is built to let you travel from the one end of the country/city/district to another using bicycles (or fiets in Dutch). The air is fresh and clean and you can drink tap water. People are friendly and open.

How do you find the cost of living in the Hague? According to Numbeo, the average cost of rent for a one-bedroom apartment in the center of The Hague is 1,000 EUR + 150 EUR for utilities (electricity, water, etc.). Is that true?

Well, it depends. It is relatively cheap for one person (~900 EUR including commodities). The price is higher if it’s two, three or four in your family.

In general, is it hard to find an apartment for rent in The Hague? Could you name a couple of websites to search on?

There are many apartments on the market, but there are 2 problems with them. First, even if the apartments are old and unfurnished they are expensive. Second, if you like an apartment, you have to fight for the attention of an estate agent. They are not motivated even when you hire them and they get their cut. You must call them repeatedly because they will not call you…ever.

A piece of advice: Don’t let the hiring company fool you and suggest some estate agents’ services.

Our agent, the guy that was recommended by the hiring company, was too slow and a little bit lazy. In addition to that, you must beware the “crooks” who want to sell you stuff that will cost you much more than the market price. Use Airbnb and start looking for the place by yourself when you’re there. Funda and Pararius are the most popular apartment rental sites. We actually found our home with the help of these guys. 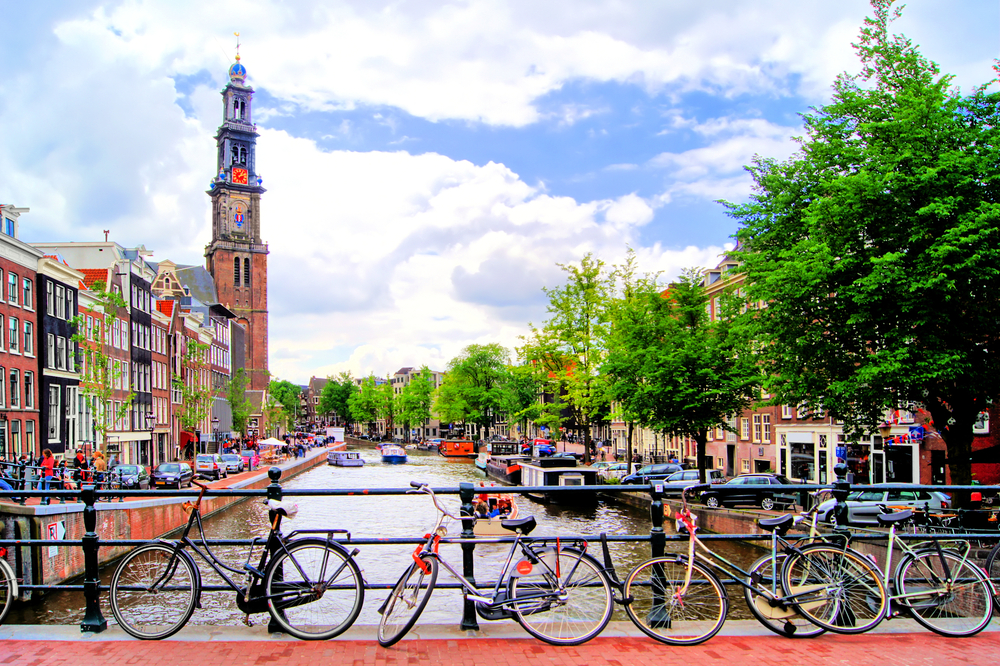 If you had to define public transport in The Hague in 2 or 3 words, what would they be?

The public transport is expensive, clean, and comfortable 🙂

How have the Netherlands affected you (your life, your career)? Do you regret moving here?

Well, the Netherlands have influenced me in a very good way so far, so I don’t regret relocating here at all.

Going through all that, what advice would you give? What was your recipe for success?

You need to be patient, friendly, and invest time in your profession.

Want to see another view on relocating to the Netherlands or working in eVision? Check the story of Anatoliy Gatt, the Front End Developer who moved to Hague from Malta.