The recipe of success or how to get a job offer in London in a week? 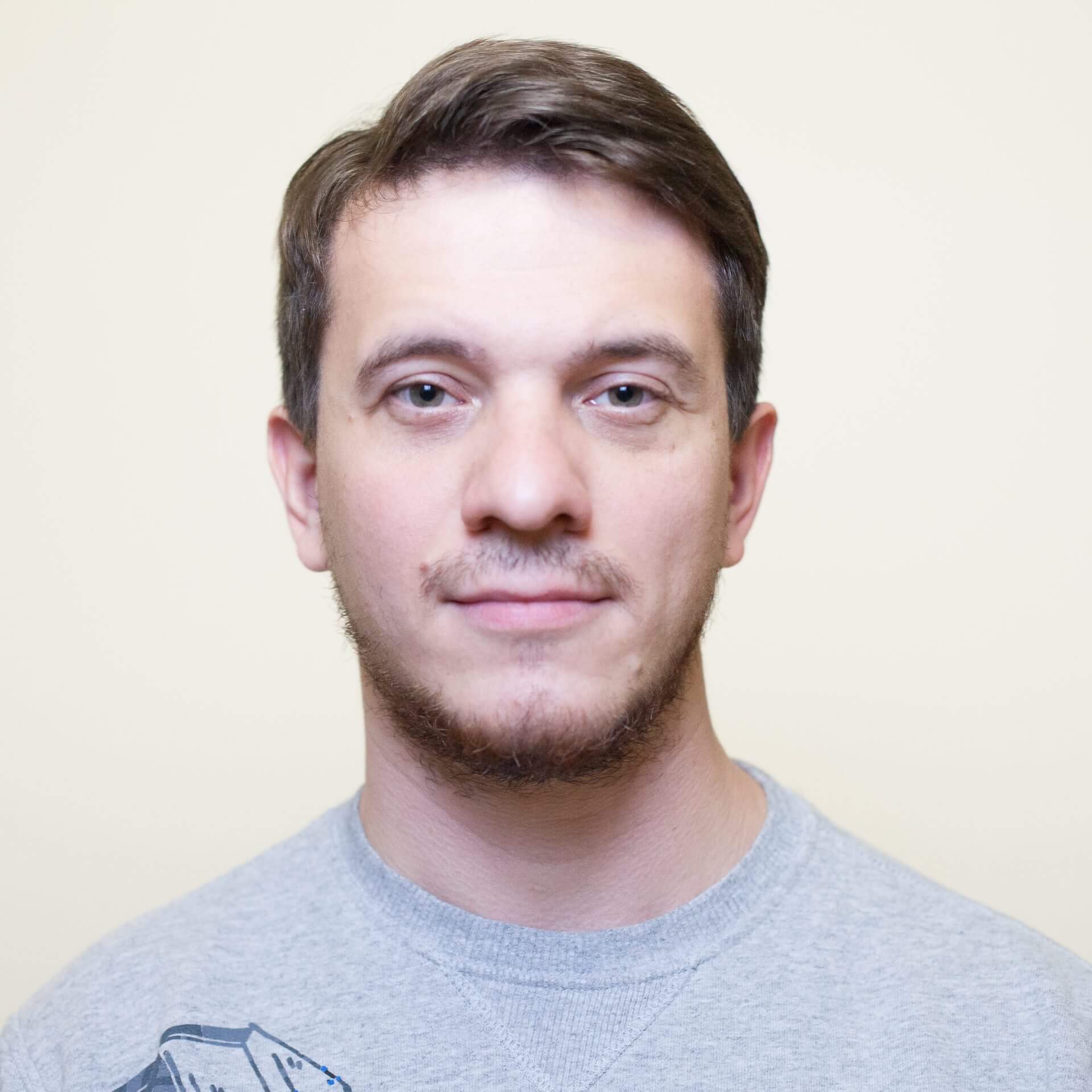 It’s a great pleasure to introduce you to Andrei Ianovskii, our wonderful friend and fantastic candidate from Russia.

He is a Mobile App Designer at Lebara who successfully relocated to London almost 2 years ago. Moreover, Andrei is a talented photographer and a brave explorer, a person with a bright mind and a creative soul. We’ve interviewed him and hope that his story will be a source of a great inspiration to you all. 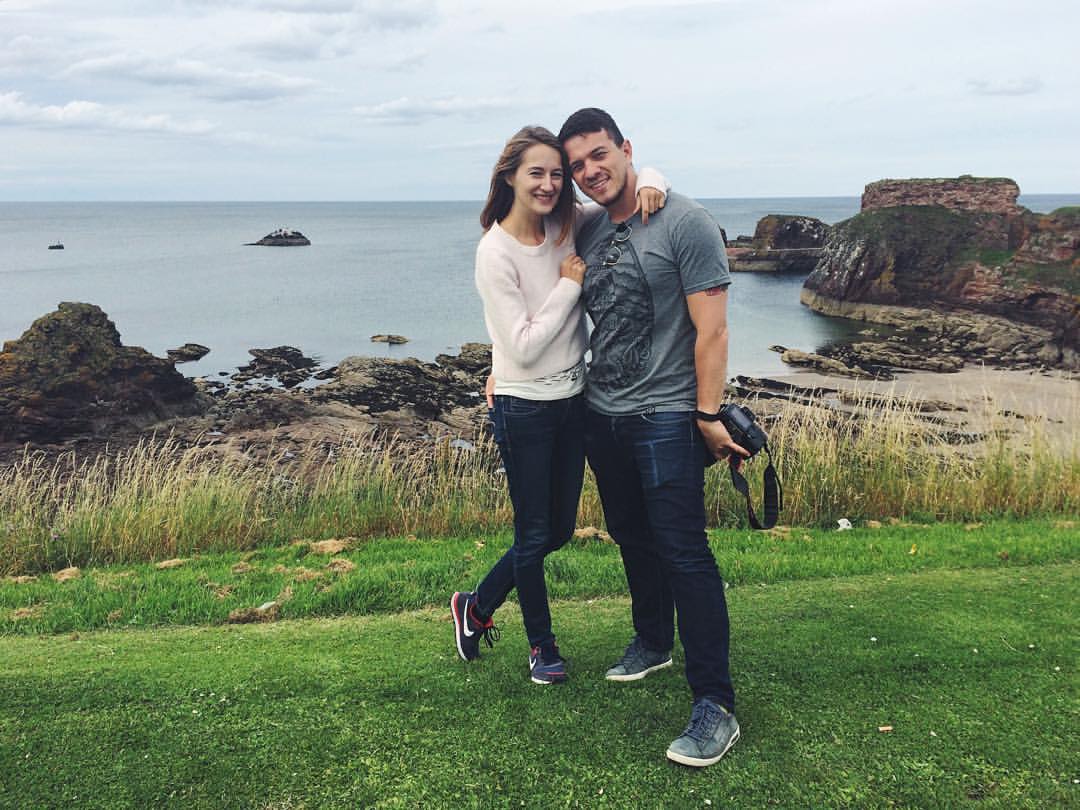 RelocateMe: What has encouraged you to consider relocation?

Andrei: It all started with a remarkable honeymoon in the USA where my wife and I spent about a month. In particular, we were thrilled with the time spent in New York and sunny Miami Beach. The sharp contrast that caught our hearts, inspired me to active search: I’ve updated my CV, completed a portfolio and began actively seeking my dream job.

RelocateMe: What kind of advice would you give to those of software developers and designers, who are looking for job opportunities abroad at the moment?

Andrei: It’s worth noting that the job search for software developers is a lot easier than for other professions because of the rapidly increasing demand in the market. Day by day I was tirelessly looking through LinkedIn, Dribbble, Craiglist, AngelList, Stack Overflow, Behance and other websites of interesting agencies to find that special company, hiring IT talents worldwide. In the end, I have sent approximately 450 CVs to various European and American tech companies in less than a year, writing down their names not to be messed up. It was a truly long journey… I should say that over half of my applications didn’t get any feedback. About 20 companies invited me for a Skype interview, I did 5 test tasks, got rejected twice, 2 of them went missing and one of the companies offered to remind about myself one year later.

Going through all that, what advice can I give you? First of all, believe in yourself and don’t give up trying! If you see job description in German, send your CV anyway. Vacancy in Poland available in English? Apply for it too. Netherlands? Why not? If there is no response from a company, send your CV again and again! (One more story of successful job relocation to Europe and a couple of tips you can find here).

RelocateMe: What was your recipe for success?

Andrei: There is no specific recipe, I would rather describe it as a happy coincidence. I remember when I felt like giving up. At that moment I was waiting for a reply from one interesting company in Berlin.

I will never forget that casual Thursday morning when I was scrolling down news on Facebook and suddenly noticed a job opening in London for Mobile App Designer with just 2 years of experience. I found that interesting and have applied.

RelocateMe: What have happened after you have applied for the Senior Mobile App Designer position? What was the RelocateMe role?

Andrei: Recruiter Anna from Relocateme.eu has “caught” me on the same day, we had an initial chat, I`ve sent a CV and portfolio and has received an immediate feedback the next day when the Lebara have liked me.The selection process consisted of three stages and Anna was my support in interview preparation, feedback loops and cooperation with company`s team throughout all of them.

The final one I found very interesting as we with the CEO of the mediator company have talked about life rather than work, but at the end of the talk, he has given me an offer, so casually that I couldn’t believe it until I was sent a draft of my contract. Something that I’ve been aspiring towards for more than a year was achieved in a week. 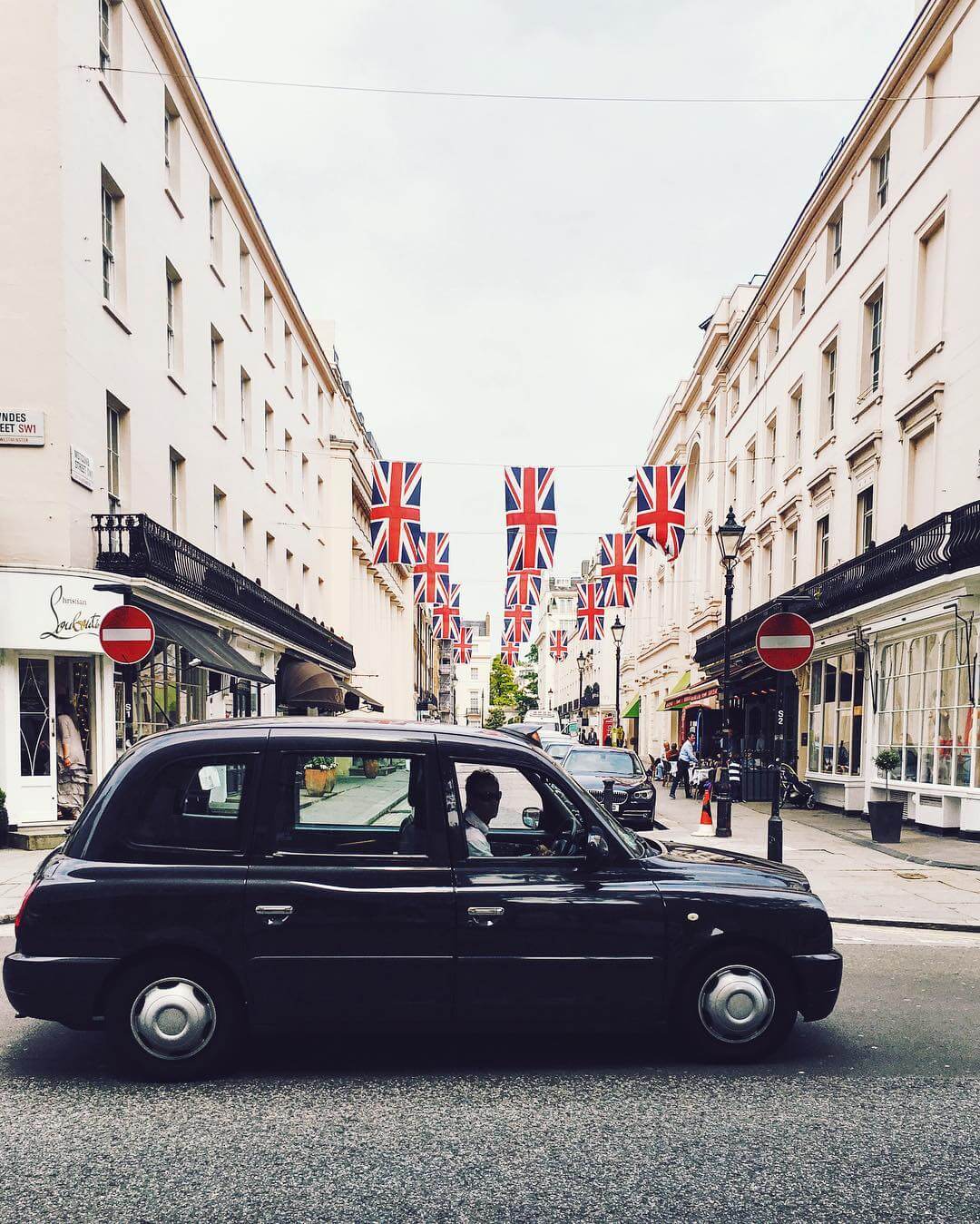 RelocateMe: If you would have a chance to travel back in 1 year’s time, would you change anything?

Andrei: We have the culture of mistrust towards the recruiting agencies and there is no clarity that there are no costs connected with their collaboration from the software developers. I also didn’t know that the majority of companies in London do work through the middleman (except for Facebook, Google etc. who have their own recruiting departments). If I would have known that, I would appeal/go to the recruiting agency in the first place.

RelocateMe:What was the hardest part of the relocation process? How long has the visa application taken?

Andrei: Relocation process has taken 4 months. I went to Moscow to pass IELTS and do the X-ray photography, application fee at the same time, expecting an invitation, sponsorship form and it has taken 3 months. In addition, we have asked for an additional month for relocation. But it’s realistic to complete all of that in 3 months.

RelocateMe: How would you compare your expectation vs the reality of life in London?

Andrei: I have been to London for 2 times before the relocation, so I knew exactly what to expect. It is the city the stunning city of opportunity with an amazing cultural scene, great variety of exhibitions, theaters, beautiful architecture. There are so many museums here that you may go to one every weekend of the year but still won’t visit every single one. I adore Georgian and Victorian style in architecture, neo gothics

in London. On the other hand, the city has a diverse community and a stable economy, is very green and clean. I really loved the moderate climate which is up to 25-30 degrees in summer. 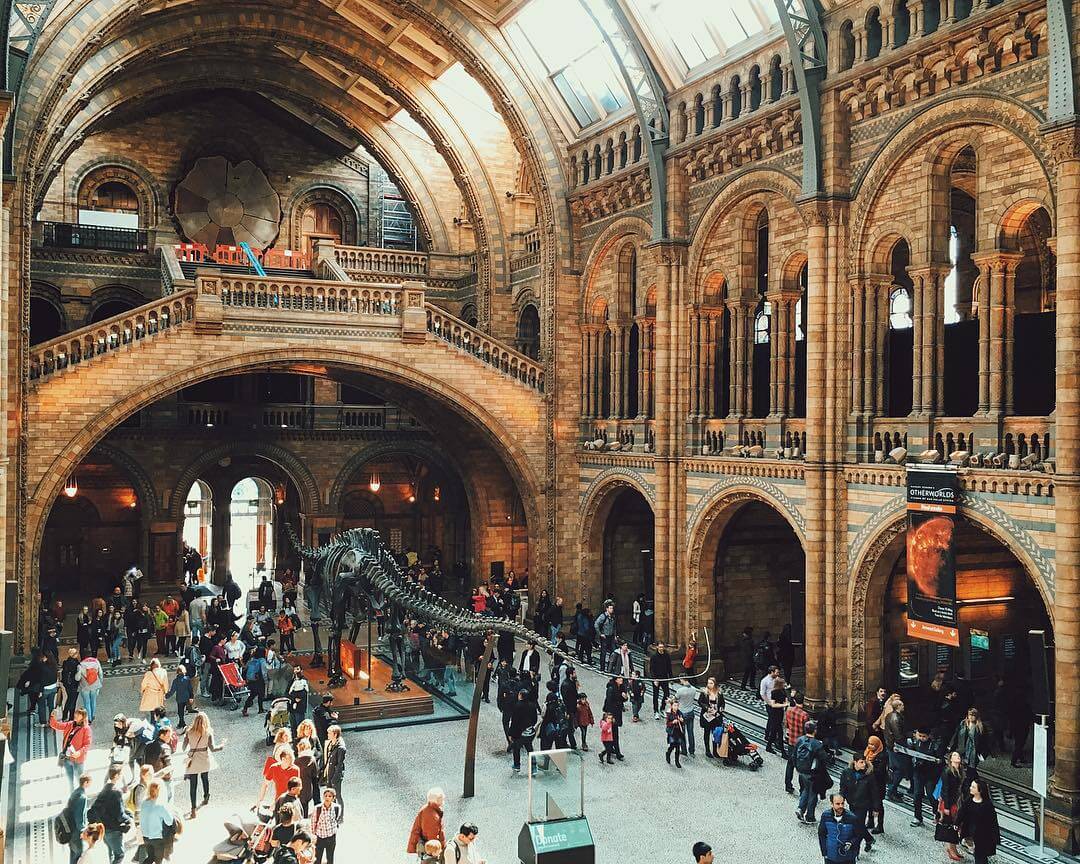 RelocateMe: How do you find life (accommodation, price levels) in London? How did the quality of your life change?

Andrei: The accommodation prices in London are changing rapidly, due to London
Housing Bubble. In terms of standards of living, can`t say that we are showing off here. I am really glad that I have some budgeting experience and relocation — is a responsible step, you have to get ready and think everything through, start saving beforehand.  It`s hard to say that it’s impossible to know until you have relocated.

RelocateMe: How did your adaptation go? What were your first impressions of the team and the company?

Andrei: My first one was just one big amazing day and week. I was welcomed happily by the great team — we have people from Ukraine and Russia, Argentina and India, Poland and the Netherlands. I can still remember the delightful and inspirational atmosphere, when we were invited to the house party at our colleagues’ house, the way we were grilling Franburgers and enjoying ourselves. Unexpectedly, we were all lucky to witness our colleagues fantastic flamenco dance skills. It was tremendous.

RelocateMe: What kind of effect does London have on you career wise? Does it inspire you? 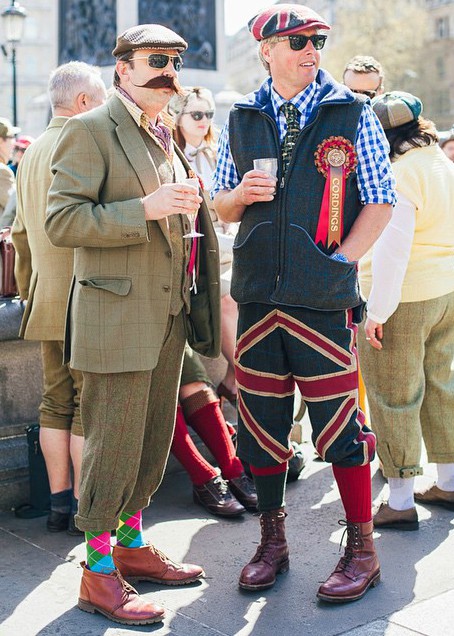 Andrei: London’s vivid IT and design scene has allowed me to expand my horizons endlessly. Conference on Virtual reality, meeting with the designer of gov.uk and bbc.com has been great highlights for me. Networking opportunities are truly great, I had a chance to meet some amazing industry influencers. For instance, I have been to one Instagram meet up and have casually chatted with one designer, when later, he turned out to be the designer from Skype. Also, when I’ve been to the Facebook event, one of the lecturers, who had been talking about Origami, turned out to be the one I have been watching a lot 2 years ago.

RelocateMe: It sounds like London had a significant influence on you as a designer. What would be your advice for Mobile App Designers all around the world? What kind of skills and knowledge it`s worth developing to stay on top of the trends?

Andrei: I would advise designers to become familiar with programming and learn to present the projects for stakeholders well. I have some knowledge of HTML, CSS and I am learning FramerJS at the moment.

I fully agree with Koen Bok, who said that every week hundreds of new and even better instruments are coming out and a good designer is defined by his curious mind, endless wish for development and growth.

RelocateMe: What kind of resources do you read and would you advise for Mobile App Developers?

Andrei: It’s definitely worth reading Yury Vetrov’s blog (in Russian), Sidebar and digests by Мануфактура IT Production & Graphic Design Agency (here is one of its latest examples).

P.S. Here are a few resources that might come in handy when relocating to London and finding a tech job in Europe as well:

All photos were kindly given by Andrei Ianovskii. (c)

We hope that you’ve found this article useful and, of course, you are welcome to share your opinion in comments!

Andrew Stetsenko Tech Talents Relocation
2016-06-24
Previous article
Your RM guide to Germany
Next article
How to source for software developers, who are willing to relocate?